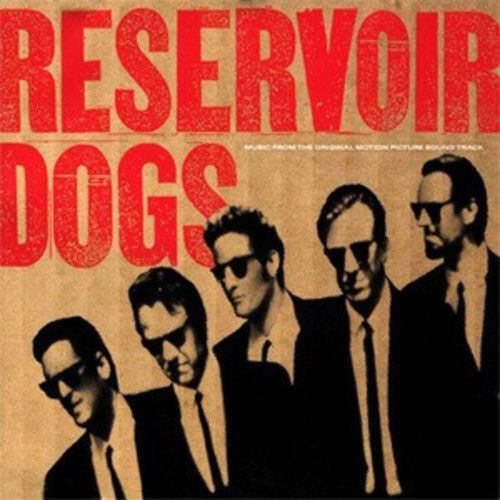 This week in Exploring Soundtracks, we’ll be looking at an old classic of contemporary film. Whether or not you’re a fan of Quentin Tarantino, you can’t deny his incredible skill and eye for film making. While his films typically portray more graphic, violent, and edgy situations, they’re all grounded in very real characters with very real desires and lives of their own.

But we’re not here to discuss film theory or analysis. The reason we’re looking at Reservoir Dogs today is that it, like so many of Tarantino’s films, uses music in a unique way. You’d be hard pressed to find a single iconic scene in it that isn’t intertwined with a song. To this day, I still can’t get the image of Mr. Blonde out of my head when I hear “Stuck In The Middle With You”.

There are few songs that have such an effect on me. For that reason, I felt a personal obligation to include the  Reservoir Dogs’ soundtrack in this ongoing series.

Maintaining an Aura of “Cool”

If there’s one word that can be used to describe the tone that Reservoir Dogs was going for, no other word fits quite as well as “cool”. A lot of that has to do with the costume design, as well. When you’ve got a group of guys walking down the street dressed like the Blues Brothers to “Little Green Bag”, there’s really no other word that hits home like it.

The beginning of Reservoir Dogs is rooted in music. As the credits roll, we hear a radio voice introducing, “K Billy’s Super Sounds of the 70’s Weekend”, which is referenced several times throughout the film.

The voice of the radio show host is provided by comedian Steven Wright’s deadpan, lifeless drone. If he were a real radio show host, he’d no doubt be fired for a lack of energy. Fortunately for the film, the short, periodic blurbs give great little moments of comedic relief, often squeezing in between some of the more intense scenes.

Stuck In The Middle With You

One of these more intense scenes, and probably the most iconic scene in the whole movie, comes just after another one of “K Billy’s Super Sounds of the 70’s” interludes. I’m speaking, of course, of the “Dylan-esque, pop-bubblegum favorite” by Steelers Wheel, “Stuck In The Middle With You”.

In the scene, Michael Madson’s Mr. Blonde puts on “K Billy’s Super Sounds of the 70’s”, mentioning that it’s his “personal favorite”. When Steelers Wheel starts playing, the psychopathic Mr. Blonde casually dances in front of the tied up and terrified police officer, and taunts him by waving a straight razor in his face. The juxtaposition between the upbeat song and the grotesque torture scene that follows is one of the most striking scenes in the movie.

On a more literal level, the song also captures the dynamic between the two characters, as well as the audience watching. The cop is stuck there with Mr. Blonde, rightfully frightened for his life, and powerless to do anything but watch him dance. In a similar way, we the audience are also stuck there in the middle, completely absorbed by the narrative and powerless to do anything but watch. Of course, you could always turn off the television. But honestly, I don’t know of anyone who would, except perhaps the easily squeamish.

Unfortunately, we don’t have the time and space to dig into this soundtrack much more. Do yourself a favor and give it a listen to. Better yet, give the movie a watch, especially if you’ve never had the pleasure of seeing it. There are few soundtracks out there that you can listen to and see the movie play out in your mind’s eye.

Until then, here’s the full track list for the Reservoir Dogs’ soundtrack. If it’s one you don’t yet have, you can pick up the original soundtrack over at the Lemonwire store.

Rebecca Angel puts contemporary spin on “Just the Two of Us”

“Darkest Hour” sucks the life out of a monumental event in...