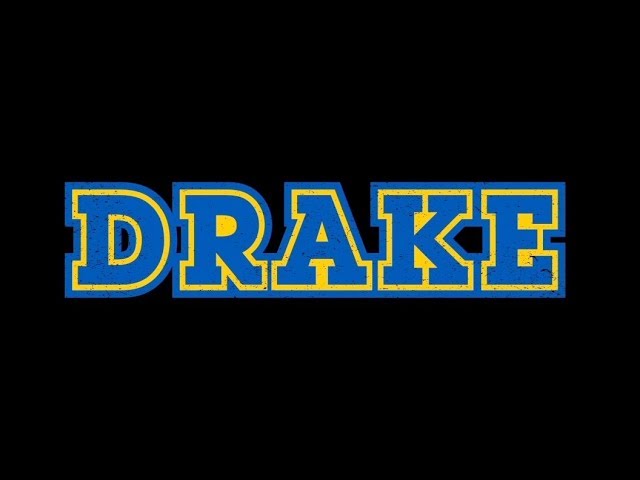 Be still, my heart. Drake did the unthinkable and brought back together the cast of “Degrassi: The Next Generation” in his the video for his latest single, “I’m Upset.” If you’re a Drake fan at all you know he got his start as an actor on the hit 2000’s show “Degrassi” as the rich kid Jimmy Brooks. Drake, who went by his real name Aubrey Graham as an actor, was on the show from 2001-2009. His character was famous for getting shot in the hallway at school and ending up in a wheelchair. It’s also something other rappers have given him flack for as his only form of ‘street cred.’

The video was shot in his hometown of Toronto, Canada, and where the show still films. In the first scene we see Drake waking up on a mattress with a date from the night before in the middle of the Toronto Raptor’s court. He leaves the date when he gets a calendar reminder about a high school reminder that night and hops in a shiny yellow Ferrari with Shane Kippel, who played Jimmy’s best friend Spinner.

The two get fitted for suits before heading to Degrassi Community School Class of 2007 Reunion. Jimmy and Spinner walk down the hall into a gym full of familiar faces. Paige. Marco. Mia. Manny. Emma. Craig. Ashley. Ellie. Jay. Toby. They’re all there. The chemistry between everyone seems genuine and natural, and like the group had never been apart. Jake Epstein, who played Craig and one of Jimmy’s best friends, told Variety Magazine the video was a breeze to shoot.

“There was no acting going on in that video,” Epstein told the magazine. “It was truly a reunion of great friends who hadn’t seen each other in years. Drake’s team and Karena did a fantastic job of orchestrating the whole thing.”

“It was the most incredible and layered experience,” added Kippel. “An homage to the show that shaped all of our careers. … Unforgettable.”

Executive producer of the series Stephen Stohn also made a brief appearance on set to reconnect with a cast that made his career. “Back in the day, working with all these wonderful talented people was the highlight of my life; and to revisit those times, and meet up on set with them again, has been an awesome dream come true,” Stohn told Variety. It must be wild for him to see how far Drake has come, as well as Nina Dobrev who played Mia.

“It was the reunion we’ve always wanted, and we were thrilled to do it with our old friend,” Collins, who played the bisexual Paige Michalchuk, told the magazine. “Truly the best night — thank you Aubrey, and thank you to the unbelievably dedicated fans of our show.” Paige’s character faced many struggles on her time throughout the show, and once shared a kiss with Drake’s character Jimmy.

Jimmy’s other past love interest, Ashley played by Melissa McIntyre, shared her appreciation and love for Drake bringing the group back together. “It was like coming home except home isn’t home anymore,” she said. “In that sense it was really strange but it was so incredible to gather as adults and do the ‘who are you now?’ chats and get to know each other again. None of it would have happened without Aubrey. It was an incredible gift.”

Dobrev added, “Getting to roam the halls of Degrassi after over a decade was surreal and bittersweet. Couldn’t be more grateful to Aubrey for reuniting us one final time as adults and throwing the party that our teenage selves could only have dreamt of. We’ve come a long way brother… love you.”

It’s clear from the interviews that the people Drake grew up with know him as his true identity Aubrey. And longstanding fans know him as that, too. He’s come a long way since his days in Degrassi High, but he still keeps Toronto at the forefront of his music and identity.

General Engineer Job in Fort Detrick, Maryland – Department of the...

Enforcement Officer Job in Washington, District of Columbia – Department of...