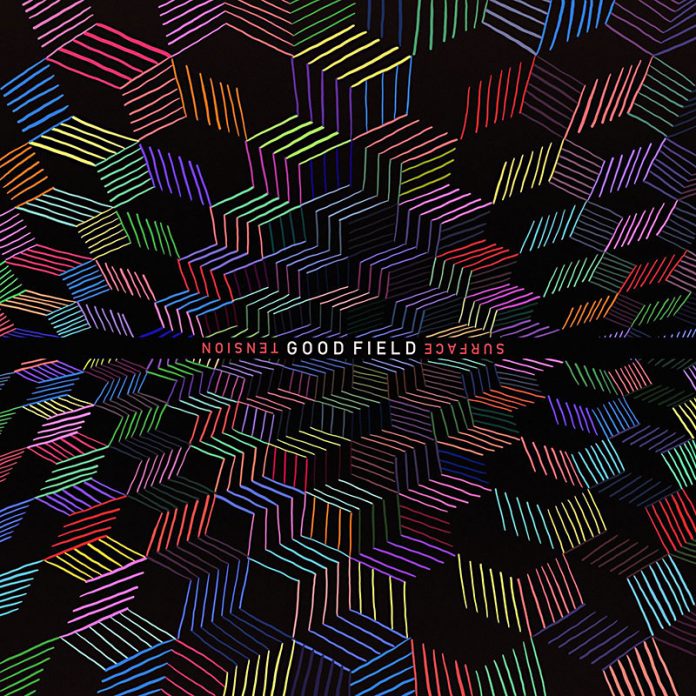 For a few years, I’ve heard some laments from the music world about how the golden age of guitar-driven pop has passed us by. Exactly when that era was still remains a bit fuzzy, though Good Field reminds of me one in particular. Back in the early 2000s, when The Strokes distilled their slanty-eyed swagger into a string of catchy, hook-driven albums, the music world was unwittingly rewound back into a the new guitar age.

That time it seemed like something had been returned to us – a little bit of that rhythmic jangle of The Smiths, a lot of that warm fuzz that garage rockers laid on us in the 70s – and, damn, did it feel good. This ushered in almost a whole decade of stellar guitar albums. Take “It’s Never Been Like That” by Phoenix as an example. It was 2006, and it seemed like we were finally escaping from boy bands and corporate rock. Tracks like “Consolation Prizes” hit hard, were delightfully danceable, and churned out pop hooks to rival the best. Years later, though, Phoenix could be found jamming out on synths on the festival circuit, their guitars gathering dust somewhere in the tour van.

But it’s not like guitar pop ever died. There’s always been something to listen to. Bands like The War on Drugs and Deerhunter have given us tastes of the new possibilities of what might be in store for us. Even mainstream artists like John Mayer have garnered respect as purveyors of screaming guitar riffs (It still blows my mind that he now plays for rabid Grateful Dead fans around the world). While guitar pop has yet to reclaim its spot on the Billboard chart, there are bands that are making their mark, like Austin’s Good Field.

“Surface Tension” was written in the midsts of various retreats in West Texas made by the band and the album’s producers, including the likes of Jim Eno (Spoon) and James Petralli (White Denim). The result was an album with a wide sound and consistent groove, one that feels like a clear and refined statement from a band three albums in.

There’s nothing crazy or new here, nothing that will make you jump out of your chair and start thrashing your body in strange ways. But that doesn’t mean this isn’t a fun, summer-nights-on-the-porch kind of album. Bouncy bass lines and warm guitar hooks, like on track “Endless Nights,” soak the listener in those drawn out, hazy evenings that you spend with people you care about: “Any day now / I hope we will remember / To hold on to the things that last.” singer Paul Price mutters, as if to an old friend or lover. The monotony of relationships can be some of the things we remember most fondly, when time seems to be just passing us by.

The title track drapes the listener in layers of atmosphere, taking on an 80s affectation of ambient sounds and rhythmic guitar lines. The end result is nothing short of intriguing, slowly building off of the bounce of the bass and drums into something danceable, if in a languid, dazed sort of way. I especially enjoyed the Phil Collins-like drum fills which Good Field peppers throughout the song, playful but appropriate to the sound as a whole.

The bread and butter of Good Field’s sound is that connection between bass and drum lines. Price works the rhythms of his melodies off of that connection, which was always one of my favorite things about bands like The Strokes and Phoenix. When groups discover the right balance in that connection, the interdependence between all the instruments and sounds of the band make everything feel like a single, unified force of nature. Good Field captures that feeling well, and that is something I find incredibly exciting for guitar pop.

The unabashed pop song on this record is “Sparkle Playground.” The jangle of the guitars echo the golden days of AM radio, while the post-punk malaise that draws itself over the hooks never lets it to be too sunny, too free: “I see you love me / You can take me if you would like.” There’s a disattachment here, a sense of powerlessness in the face of the world’s confusion. Instead of actively being in love, there’s a passiveness to it, a feeling of wanting to be swept away by it all.

“Surface Tension” is a good record to be swept away by, and a great soundtrack for hazy summer days, when the heat has cooked your brains and you’ve got to feel your way through it all.

Paul Weller Offers Insight and Witness on “A Kind Revolution”

Waxahatchee “Out in the Storm” album review