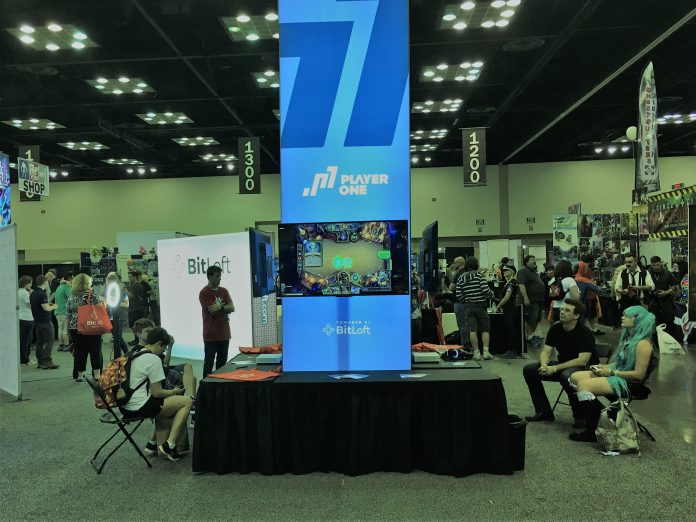 If you were walking around downtown Indianapolis this weekend, there’s a chance that you saw more than a few people sporting green, blue, or red wigs, carrying large foam swords, or dressed as some Marvel character you didn’t recognize. This world is going to the dogs, you might have thought. Shouldn’t these people be at their jobs on a Friday afternoon?

Indy PopCon takes place in the Indianapolis Convention Center every year.  During the three days that it runs, fans from all walks of life come together to celebrate their favorite pop culture obsessions. From cosplay, comics, and anime, to gaming, movies and television, there’s something for everyone to enjoy.

It’s a true celebration of geeky-ness. There is no shame at PopCon. Nor, might I add, should there be. Everyone should feel free to celebrate their passions, no matter how far off the beaten path. PopCon is simply a place for fans to enjoy being fans.

A Walk Through the Vendor Hall

The Vendor Hall takes up Halls A, B, and C in the Convention Center, and serves as the general hub for PopCon. This is where you’ll find the Artist’s Alley, where local and internet artist display their work for purchase and notoriety.

The space between the south wall and Artist’s Alley is reserved for indie game developers and internet culture.

The southeast corner is home to the BitLoft stage, where esports tournaments played throughout the whole weekend. There, esports competitors played League of Legends, Hearthstone, Overwatch, and Rocket League.

An assortment of other fun activities lined the east wall. Some of these included an arcade, lightsaber academy, escape room, and a booth for Fun Time Games.

There’s more Indy Pop Con coverage to come, so be sure to stick with us throughout the weekend.