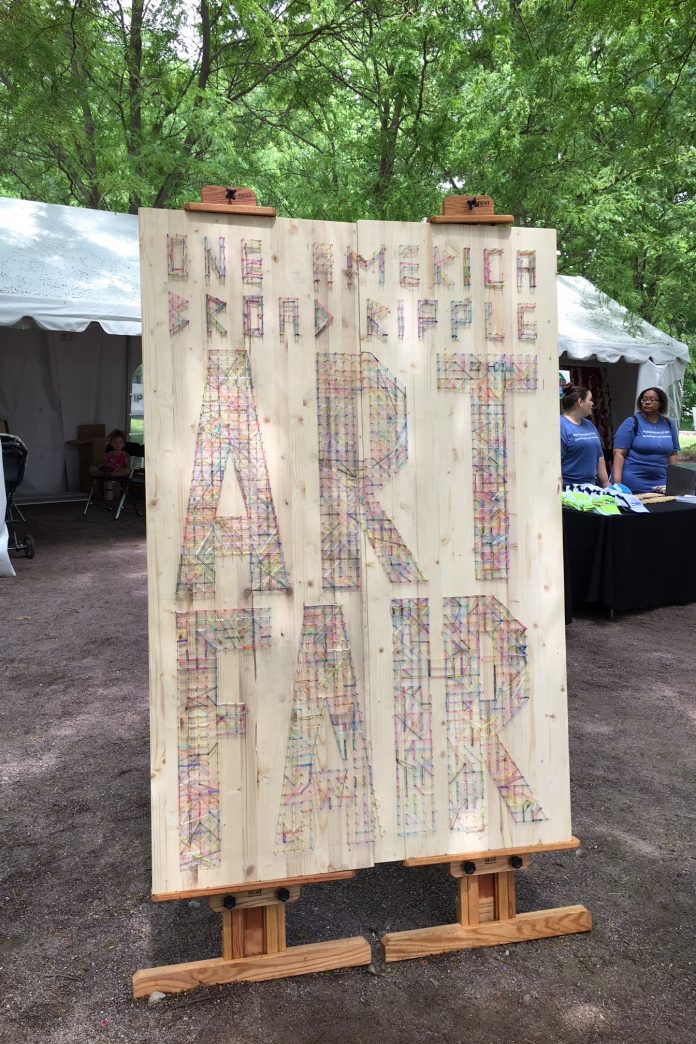 While Saturday started off with thunderstorms and scattered showers, the sky eventually cleared up for a very pleasant day at the Broad Ripple Art Fair.

The first unrealistic expectation that I had while driving down College Avenue was that I would be able to find a parking space with relative ease. How many people would be showing up when the weather was so spotty? I figured my walk would consist of two, maybe three blocks, tops. As I neared the Indianapolis Art Center, however, I found that my expectation was grounded in nothing but naivety.

Parking on the street was packed, and my empty wallet meant that taking advantage of the several signs advertising paid lots was out of the question. So I did what any good writer on a budget would do. I parked a mile away, popped in a pair of headphones, and started walking. On a whim, I left my raincoat in the car. Even if it did rain, I decided, it was too stinking hot for that.

Fast-forward about twelve minutes, and I’m getting my hand stamped and walking through the main gate.

By the time I was making my way through the mixture of art vendors and appreciators, the sun was out and the skies were relatively clear. But the morning rain had already soaked into the ground, and my feet made wet, squelching sounds as I passed the many booths. Despite the mud, everyone seemed  to be having a good time. Although some still kept an umbrella at the ready.

As a first-time attendee of both the Broad Ripple Ar Fair as well as the Indianapolis Art Center, I was surprised by how much space the grounds covered. Over four hundred booths were set up across three to four designated areas. Between them were the several stages with music and other cultural performances, as well as the sizable food court. And of course in the middle of it all was the Art Center itself.

But before visiting the Art Center, I had a short meeting to attend to first. The friend who provided me with my ticket was waiting at booth 407. I snapped a quick video of the Circle City Bucket Drummers on my way, and stopped once I’d reached the booth for Chuck Bruce Designs.

A Quick Chat with Chuck Bruce

Chuck’s booth is filled with elaborate stonework and jewelry. Beautifully ornate bracelets and necklaces lined the propped up shelves, and I admired some of them while Chuck finished speaking with an interested passerby.

“This started as a hobby eighteen years ago,” Chuck tells me. “A lot of people don’t realize how long personal ornamentation has been around. Inlay actually goes back to the ancient Roman times, while a lot of people here in the States think that it originated from the Native Americans.”

Chuck’s deep knowledge of jewelry work is no surprise, considering how long he’s been doing it. He’s not only a craftsman, but also teaches at the William Holland Lapidary School and the Indianapolis Art Center.

“The thing is that I love my art. I’ve been doing it full time now for almost ten years. The education side of it is just that I’m an effective educator.”

Some of Chuck’s most interesting pieces were collaborations with his partner Micah Kirby, a local woodworker. “Micah came into the picture with his woodworking background, and we’ve been doing stone and wood combinations. A really good woodworker is precision-driven, which makes him a really good stone cutter.”

At this point, Chuck pointed out the row of necklaces he and Micah had collaborated on. “So we were doing kind of an intellectual dialogue on both petrified and living wood, of these things that had been living at different points in time. Which is kind of fun.”

As my time with Chuck and Micah drew to a close, I took a peek at one of the price tags. With a normal-person salary I wouldn’t think twice about snatching one of them up, but unfortunately, we writers live in a low-budget world. For more information on Chuck Bruce Designs, you can visit his website here.

Demonstrations in the Art Center

After my talk with Chuck, I wandered over to the Art Center, where several demonstrations were taking place. There was blacksmithing, woodworking, and a number of rooms designated for various kinds of painting. My favorite by far, however, was the glass blowing demonstration. 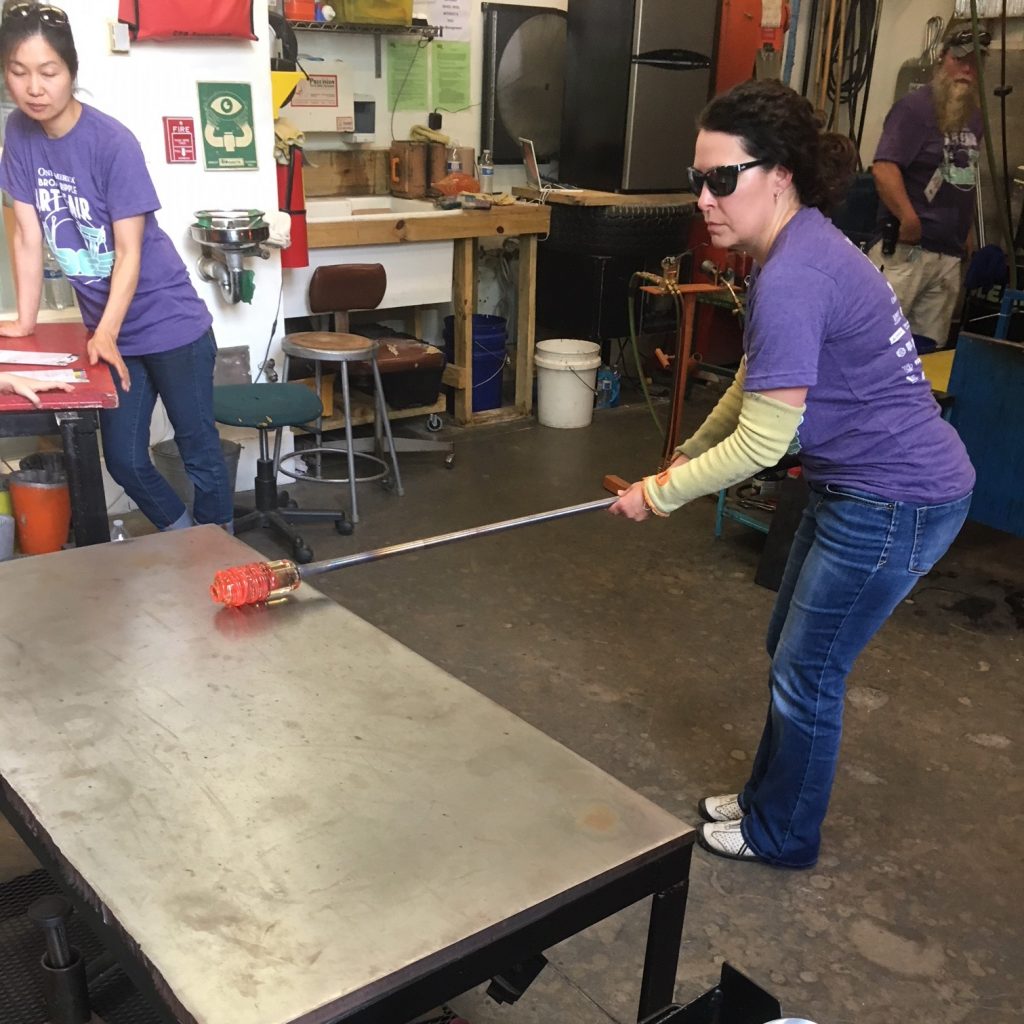 It was maybe the wrong room to visit to escape the heat from the beating sun outside, but my curiosity got the better of me.

I walked into a room where a woman held a long metal pole, while a man used a pair of shears to cut off a strip of molten, gooey glass.

The leftover bulb was then thrust into a furnace for a few minutes, then rolled smooth on a metal table.

I couldn’t stand the heat long enough to see the finished piece, but I’m sure it was great. Instead, I walked outside and around the corner to indulge in the frozen yogurt sold out of a conspicuous purple truck. Cold never tasted so good.

My day at the Broad Ripple Art Fair ended far too soon, and my only regret was not being able to spend more time at all of the wonderful art booths available. If you didn’t get a chance to visit, or were scared off by the rain, try to make time for it next year.

Trump faces credibility test as he plays down virus threat