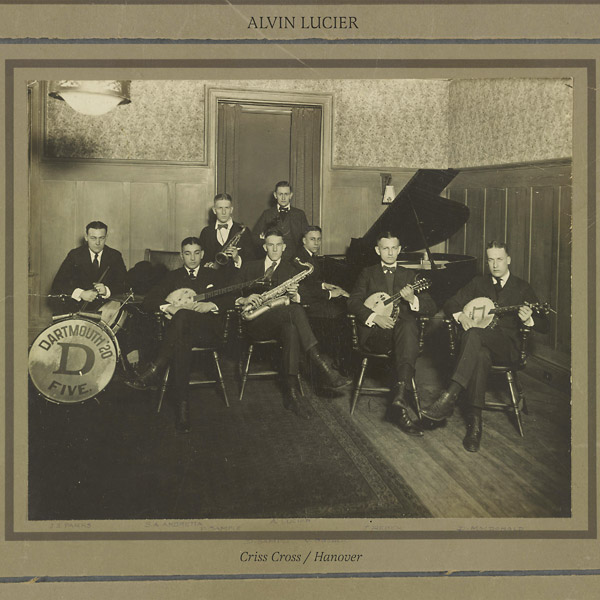 The name “Alvin Lucier” has, for the last several decades, held a certain legendary status in any number of experimental electronic and avant-garde classical circles. Even those unfamiliar with his vast contributions to music (on both a compositional and theoretical level) have almost certainly heard the echoes of those contributions in the stylistic signature of many an artist since.

Much like his peer John Cage, Alvin Lucier’s long-established footprint on the musical landscape is defined by and remembered for not just how it sounds, but how it challenges our perceptions of what music even is, and what it can be. Lucier’s most notorious contribution to music as a whole comes in the form of his 1981 experimental bombshell “I Am Sitting in a Room,” a 45-minute exploration of the sonic potential of repeated echoes and the continued recording thereof as a means of decaying and dismantling simple speech into unrecognizable tonal portraits. There’s virtually nothing like “I Am Sitting in a Room” that exists anywhere else in the musical world, neither before nor since. While the album has never really been replicated however, the ideas it proposes, of how the act of recording sounds can be even more significant a contributor to music as the actual sounds being made, of how very arbitrary the boundaries are of what we consider “music” versus “non-music”, have persisted overwhelmingly in the creative consciousness of any number of composers and musicians over the years, both the more experimental in tone and the seemingly more conventional.

Lucier’s latest release on the Black Truffle label, “Criss-Cross / Hanover,” is likely the New Hampshire native’s work most similar in its mode of sonic exploration to “I Am Sitting in a Room” released thus far, particularly the first half. “Criss-Cross” finds Lucier exploring the idea of music and the amplification thereof at a level of extreme nuance; the composition is for two electric guitars – – an instrument relatively new to Lucier’s repertoire” as they move up and down opposite ends of a single semitone, with the two guitarists, avant-garde household names Oren Ambarchi and Stephen O’Malley (for whom the piece was composed in 2013) amplifying their respective e-bowed guitars in each-others direction, quietly allowing the individual soundwaves to distort each-other as they may. The result is a deeply hypnotic sixteen-minute drone piece highly reminiscent musically of pioneering drone work of Eliane Radigue but composed from a uniquely Lucier perspective. The album’s second half, “Hanover,” is marginally more complexly composed piece scored for violin, piano-bowed vibraphone, alto and tenor saxophones, and three electric guitars.

The piece is largely inspired by the picture that appears on the album’s cover, a 1918 photo of the Dartmouth Jazz Band (for whom Lucier’s father played violin). While to those of us who are not Alvin Lucier, the sepia image of dapper suited men sitting cross-legged with banjos and an assortment of jazz instruments would likely evoke sounds more akin to something out of the Dixieland-era, Lucier instead crafts a thick, heavy, unceasing atmosphere of interlocking drone patterns coming from multiple instruments woven together atop the constant interjections of a single repeating piano note, growing more ghostly with each iteration. The piece is understated and subtle.

The listener feels practically submerged underneath the layered reverberations and glissandi that come from an instrumental arrangement that feels like it comes from the men featured in the photograph of the Dartmouth Jazz Band had they just been dragged through hell before the performance. There is nothing friendly about the piece and yet it is as engrossing as it is disorienting, and stays with the listener long after it has drifted away.

Both halves of “Criss-Cross / Hanover” find Lucier crafting entire overwhelmingly fleshed-out musical worlds out of almost nothing. Much as he did in the ’80s with “I Am Sitting in a Room” (among others), Alvin Lucier continues to show himself a master of taking the most standard and familiar listening experiences any of us may possess in memory, whether they be of a man speaking a single sentence or some electric guitars playing a single note, and arranging and re-arranging them into fresh landscapes so alien and removed from day-to-day reality that one forgets just how utterly commonplace all of Lucier’s musical building blocks really are. If nothing else, “Criss-Cross / Hanover” is yet another Lucier proof that there is no pre-existing source of sound or music in existence, no matter how ostensibly unexceptional, that cannot be re-contextualized, re-formed, and completely re-imagined into something new, strange, uncomfortable, and, more than anything, brilliantly exciting.

Order the vinyl of “Criss-Cross / Hanover” here from Black Truffle via Forced Exposure. (note that stock is unavailable for the next 1-2 weeks as of writing this)

Song of the Day: “Hopopono”

Folk Ain’t Dead: The Low Anthem at The Hi-Fi