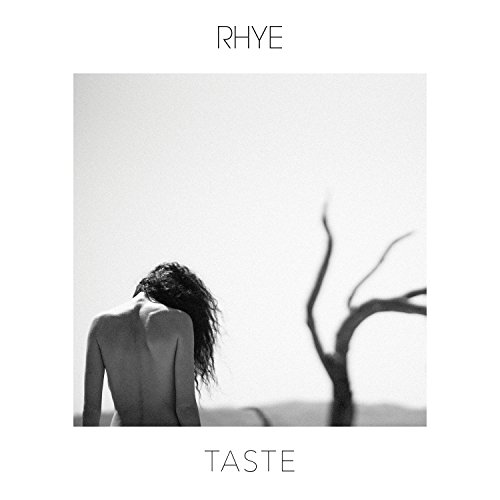 Rhye made a pretty big splash in 2013 when they debuted in a way that was as smooth as their music. They dropped a few incredibly well–produced music videos then dropped their first album, “Woman.” For a while they cultivated anonymity, leading to speculation about who sang for the band and where Rhye came from. Rhye removed the veil and got a record deal yet it took five years to get to the next album, “Blood.” It took five years because “Blood” took a fight to make. Despite the fight that made it, “Blood” sounds incredibly warm, sensual, and romantic.

Lead singer Mike Milosh lost his collaborator Robin Hannibal and ended up with a label deal he didn’t really want. According to a Rolling Stone interview, Milosh had to play 476 shows to buy himself out of his contract and make “Blood” his way. The immense labor of love resonates on each track. “Blood” feels like a true album. It feels like an execution on a theme and aesthetic one man has mulled over and fought to make for five years.

Every song inside “Blood” bleeds into the other, making the album feel like an experience. Each song has a different structure and different idea behind it but they all share the same style of instrumentation, mixing, and soft, feminine vocals. The result is an album that’s more than the sum of its parts because it feels cohesive yet varied and surprising.

A lot of people will rightly point out how much Milosh’s uniquely breathy and soft vocals do for “Blood.” Still, “Blood” really thrives in how its songs build and move. Milosh finds the right style and structure for his songs because he has a talent for finding a good dominant melody that will guide the entire rhythm of the song.

“Sinful” exemplifies Milosh’s ability to build a song around pretty much one riff. The intro riff to “Sinful” sets up pretty much everything the song will do. This riff has a gorgeous twang and a really rapid movement that feels hypnotic to listen to. It continues on for most of the song and it undergirds everything to come.

Most of the following dominant rhythms of the song move with the same motion of that riff – – rising up sharply. This one riff gives the song a great sense of direction from which to build. Milosh starts to layer in short instrumental beats that spike up and down in pitch. Violins, deep woodwinds, and synths enter the song without feeling overwhelming because that little guitar rhythm established the movement for the song.

“Sinful” alone makes me appreciate this album. It stands on its own very well, showing what Rhye can do but it also makes for a perfect closing song. “Sinful” wraps up the seductive, smooth vibe of the album in a strong way that makes me want more. It even contrasts well with the opener, “Waste” which is a very slow and steady song. To me, “Sinful” models how to close out an album in the right way.

For as much as I like “Blood,” it does have some issues. Lyrically, “Blood” leaves me a bit conflicted. On the one hand, the lyrics of most songs fit the gentle, sensual, and romantic vibe of the album. They make the already sexy instrumentation feel a lot sexier. Yet, I get tired of one-note lyrics and this album is love songs all the way down. It may be a necessary evil of “Blood” that it doesn’t vary topics and pretty much only covers sex or romance or both because it’s so thematic of an album it’s hard to imagine it talking about anything else.

“Blood” also tempers itself a little bit too much at times. For me, Rhye sounds the best when their songs build up and move around. Songs like “Please” sound alright but feel carried by the vocals. For a lot of people, that’s hardly a problem. For me, it feels lazy especially in the context of an album where the instrumentation regularly rivals and even surpasses the vocals. “Please” has a slight rise in tempo and a nice little rhythm on the keys that save it from being outright boring but it builds and moves so much less than other tracks.

I get that not all songs on the album can or should be as packed as “Sinful” or as danceable as “Taste” but I do think all songs could at least have rhythms as dynamic and slow-builds as satisfying as in “Count To Five,” “Phoenix,” and “Waste.” Rhye feels so much groovier, so much smoother, and so much more distinct when Milosh makes his songs build and move. I like “Song For You,” “Softly,” and “Please” the least and wouldn’t be that compelled by an album of tracks like them because they feel pretty still.

Even in the moments I don’t like as much, it feels like Milosh has a hold of what he wants Rhye to be. This album feels so much like it belongs to a person and their style that it feels special. “Blood” feels so warm, inviting, and rich that it deserves a listen. Slow, sensual albums usually aren’t my jam but Rhye nails a special sense of yearning by having his vocals and instrumentation swell at all the right times. Rhye’s rich style makes “Blood” a truly strong album.

A review of “Peter Broderick & Friends Play Arthur Russell” by...