Afie Jurvanen is back as Bahamas with “Earthtones,” his first album since 2014’s “Bahamas is Afie.”

Following his first two releases, “Pink Strat” and “Barchords” Jurvanen established himself as a quality songwriter and became known for his near-virtuoso self-taught guitar chops. 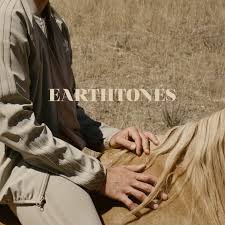 The latter is certainly present on his latest release, as he sings on “Opening Act (The Shooby Dooby Song),” “If I open my mouth and nothing comes out/I won’t be reduced/Cause I always remember to pull out my fender/And just let her loose.”

Unfortunately, it’s a terrible lyric. Although the guitar playing, the varied combination of styles, sounds, and tones, is definitely a highlight of the album.

And the “Shooby Dooby Song” almost amounts to the epitome of this album. The lyrics are corny and cliche. However, it’s difficult to call it a bad song because the instrumentation is so good. The song itself is like an ’80’s mixed with ’60’s amalgamation, which creates some interesting moments. And the song, like the album changes direction, mixes genres and sounds and genuinely sounds interesting. Although there is a lack of consistency. Or at least where the lyrics are too bad to be saved by the arrangements.

“Show Me Naomi” is another song that has some really beautiful and interesting moments, particularly the slight tempo shifts and the lead and backing vocal performances. But there are also elements that detract from those high points, in particular, the chorus.

There are some good lyrics on the album, but they’re generally outweighed by awkward and obvious beauties like “Don’t keep me waiting on some SMS.” Which, may actually be astute within the context of the song, but sounds awkward and forced.

“No Expectations” is a highlight of the album. A slow kind-of ballad that ends with a long ’70’s rock-style solo. The song threatens to become a dance track as it opens and contrasts a drum machine backbeat with mellow guitar and vocals, along with a steel slide guitar solo.

“Alone” is another stunning guitar track, that begins with a verse that presents a kind of futile philosophy that would sound cynical if not for the gospel-like delivery.

“And it don’t seem to matter much of what he says or what he does
As he tries in vain to show the kind of love he has to give
And through a sieve, the words go down the drain.”

And then “Bad Boys Need Love Too” comes out of nowhere. It’s a song that does have serious subject matter, discussing Jurvanen’s own absent father and difficult childhood. Although, the song itself is almost comical, or at least like a parody of bad late-80’s earlier 90’s R&B. Albeit a good parody of bad late-80’s, early-90’s R&B. Again, the best (non-ironic) part of the song is the blistering guitar solo, which (like the song itself) comes out of nowhere.

There’s probably an argument to made that this is a genius album, although there’s an equal argument to be made that it’s terrible. It’s clear that Jurvanen knows what he’s doing, musically. Sonically, each track has something unique, interesting, or unexpected. Given many of these moments are satisfying and beautiful, I would say that “Earthtones” could have been a much better album than it turned out to be.