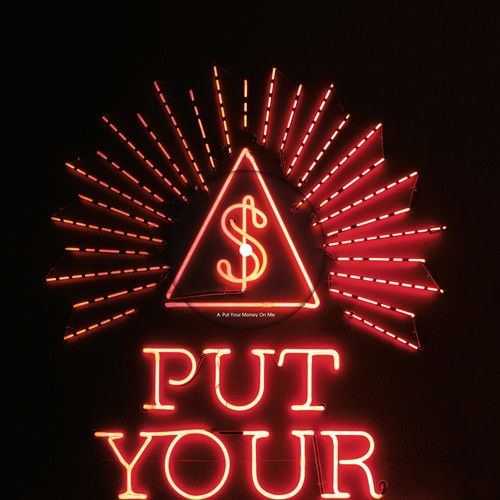 For a band that made a name for themselves as the poster-child for pitchfork-era intricate melodic indie rock, Arcade Fire’s recent tonal shift into the world of dance has come as some surprise, even considering how gradual the shift was. Pangs of “alternative dance” appeared very sparsely within the Montreal collective’s Grammy award-winning 2010 release “The Suburbs,” and then again to a much heavier (but not all-encompassing) extent in their 2013 follow-up “Reflektor.”

Even when Arcade Fire approached their most synth-infused, they never strayed too far from the David Bowie meets Talking Heads 2000s indie rock for which they garnered much acclaim and adoration over the years. At least up until last year, when the tiny inflections of ’70s and ’80s electronic and dance music that made occasional minor appearances in their previous efforts came to encompass the absolute totality of Arcade Fire’s 2017 release “Everything Now.”

Critical and fan reception to “Everything Now” was mixed at best, if one is being generous. There were certainly a handful of good ideas to be found within the walls of “Everything Now,” but completely diluting whatever sense of sonic cohesion or creativity that went into the album is this constant barrage of ill-fitting synth-pop and quasi-disco tropes that quite simply do not fit with each other and do not fit with Arcade Fire as a band.

Perhaps the band deserves respect for trying something new, for taking a small aspect of their sound and expanding it across their full approach, but to be perfectly honest, the tendency to shift from indie rock darling to pseudo-experimental electronic project is a trite and tired happening at this point and wasn’t even interesting when Bon Iver, a band whose sound originates far further from electronic music than Arcade Fire ever does, did the same thing only (very marginally) better.

Perhaps it would be too cynical and unfair to Arcade Fire to suggest that this sonic transition is in any way disingenuous, but within the context of the current indie zeitgeist (in reference to indie’s biggest names), it’s hard to not at least get that impression.

This brings us to 2018, where two questions were waiting for Arcade Fire: will they continue down this ill-fitting synthpop path creatively, and will they get any better at it. With their newest single, “Put Your Money on Me,” these questions can be answered with, respectively, yes and barely. “Put Your Money on Me” is almost more polished and proficient than the vast majority of “Everything Now’s” disorganized hodgepodge, but this isn’t necessarily a good thing.

When examining the failings of “Everything Now,” it feels evident that much of what the album doesn’t get right (which is most of what it attempts) can be attributed to simply being unfamiliar with the material being worked with.

Arcade Fire, again, may have had some minor flirtations with electronic music in the past, but there was little to suggest that any of them were necessarily experienced in this particular realm of musical craftsmanship. As such, I was ultimately forgiving of much of what I disliked about “Everything Now” and quietly believed with at least some degree of confidence that Arcade Fire would either move on from this new approach or come into their own within their new paradigm. The latter seems to be the case, but not in the way I had hoped.

Arcade Fire has grown more proficient at creating electronic music; the sequencing and arrangement of tracks no longer feel so amateur, and the overall mastering and composition feel more thought-through and indicative of someone who knows what they are doing with the hardware and software at their disposal. Why this is ultimately disheartening lies in the fact that, despite all of this improvement on a technical level, Put Your Money on Me” simply isn’t very good. With all of the technical kinks worked out of their approach, it has become clear that the lifelessness of Arcade Fire’s electronic music was not just due to technical failings but creative ones; Arcade fire might now know how to produce electronic music, but they still don’t know how to make it interesting. “Put Your Money on Me”, for all its polish, just sort of meanders on along a constant boring stream of standard neo-80s synthpop conventions loosely laid atop standard 2000s indie tropes, culminating in what is ultimately the sonic equivalent of the sort of forgettable wall art one finds in the waiting room at the dentist.

Again, perhaps Arcade Fire deserve more leniency. Perhaps, just as their technical approach to electronic music vastly improved, so will their creative one. Arcade Fire have entered 2018 with an early start and have much time to rethink and retune this synthpop direction they have evidently decided is right for them. Theoretically, Arcade Fire could make synthpop (and a handful of genres surrounding it) work in a way that is ultimately engaging and suits them, but with something “Put Your Money on Me” being the first example of their progression since the mess that was “Everything Now”, any held hope to this end is tenuous at best.

N.E.R.D. doesn’t miss a beat with “No_One Ever Really Dies”