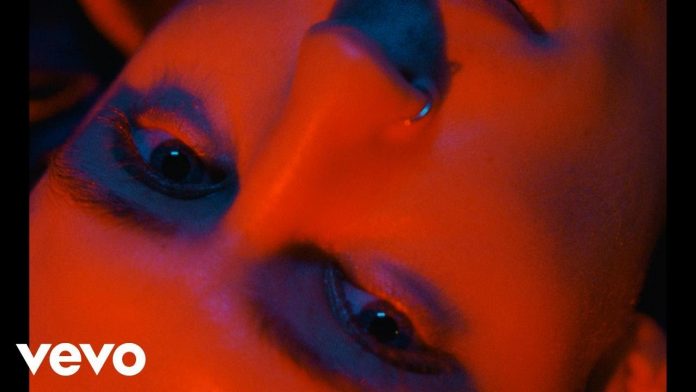 Australian YouTuber turned pop star Troye Sivan is back on the airwaves with his new single, “My, My, My!”

Let me just start off by saying how refreshing it is to see a young man embrace his true identity in a pop video. Sivan’s debut album TRXYE in 2014 was the world’s introduction to a small-framed, seemingly tame boy from Australia. He played it safe. Sure, he already had (and still has) a massive following on YouTube, but he truly stepped onto the scene with the music. To see him now in the “My, My, My!” video as a mature, electrified, bleach blonde, confident gay man is inspiring. It’s what the kids would call, a “glow up.”

Maybe I’m so impressed by his confidence and vibe in this video because we’re so used to seeing female pop stars repeating the same outfits, lyrics, and themes. Don’t get me wrong, I’m all about supporting female artists. But it hasn’t been since George Michael in the 80s that a male pop star has excelled in owning his craft. More importantly, to have a modern gay man own his craft on such a scale with such confidence and true talent.

Troye famously made a coming out video in 2013 that inspired others in the YouTube community to do the same. Since then, he has been an advocate for being yourself and educating others on LGBTQ rights and issues on his channel. So really, it’s no surprise to see him come into his own in this video. It was all leading up to this.

The video itself is a strutting-down-your-hallway-with-a-brush-in-hand dream. Sivan struts his heart out in an abandoned, dingy warehouse wearing 90s fashion staples: wife beater, straight denim jeans, and an unbuttoned short sleeve button down shirt. Oh, and of course, a constant fan blowing his shirt in the wind. It has major nods to N*SYNC’s “Tearin’ Up My Heart” fashion inspiration and Michael Jackson’s “You Are Not Alone” (the shirt blowing part, not the naked Lisa Marie part). He slithers like a snake through the warehouse, up the stairs and down the walls.

The scenes switch between black and white, color, and closeup shots of Troye singing into the camera. A few warehouse-dwelling men, covered in sweat and barely anything else, are spread throughout the video.

As for the song, it’s a lofty pop banger. The lyrics and the beats are not too heavy, but also not too superficial. You won’t be able to do anything but get up and dance and celebrate with Sivan when you play this song. Like the imagery in the video, Troye owns his feelings and leaves little to the imagination in the lyrics. He sings, “Now, let’s stop running from love, Running from love, Let’s stop, my baby, Let’s stop running from us, Running from us, Let’s stop, my baby.” There’s that ownership of, ‘This is who I am. I don’t want to run anymore.’ He follows it up with the chorus, “Oh my, my, my, I die every night with you, Oh my, my, my, Living for your every move.”

Your Brain on Music: Categorizing