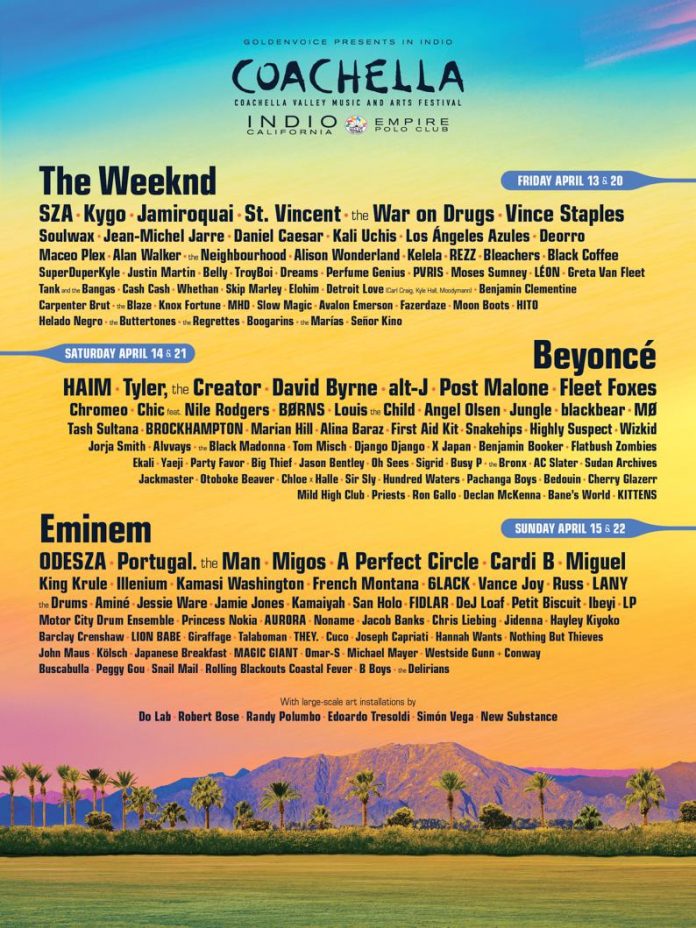 The 2018 Coachella lineup has been announced and there is hip-hop everywhere, as far as the eye can see.

Okay so Beyonce isn’t technically hip-hop, but she’s hip-hop adjacent for so many reasons. And, according to some Twitter user, she’s the first Black woman to headline Coachella. I’m not sure that’s true but I’ll take her word for it.

The Beyonce announcement was expected as she was supposed to headline last year but couldn’t because of her pregnancy. The other two headliners, The Weeknd and Eminem, were the bigger surprises. Em is obviously an old man of hip-hop these days and The Weeknd is, like Beyonce, hip-hop adjacent.

Of course this shouldn’t be a surprise to anyone (and yet, it was). According to Forbes Hip-hop officially surpassed Rock in 2017. By officially I mean that hip-hop is now more lucrative which is the most important thing to note when discussing an art form. C.R.E.A.M.

Not only that, but last year’s Coachella lineup was also hip-hop heavy. Someone on this very site wrote a similar article about it…

So besides the headliners what other hip-hop artists are on the list? In order of who you should care about:

Alright. That about sums it up. Should be a good show. Time to start scraping together funds to buy a plane ticket and entry pass and accommodation. Or maybe just stream it on YouTube.