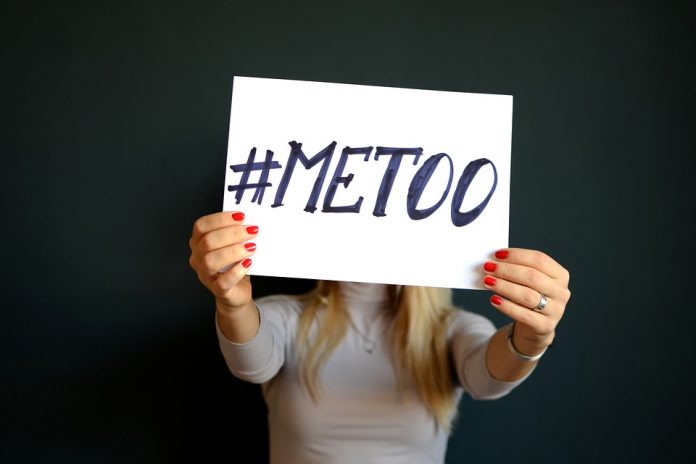 During the 25 year period between Anita Hill’s testimony and the Weinstein scandal, the fight against sexual harassment culturally stagnated. Throughout the 1990’s President Bill Clinton accumulated numerous sexual harassment and assault allegations. Clinton was accused of asking for oral sex from a subordinate while he was Governor of Arkansas, raping a campaign aid in a hotel room in 1978, and groping a distraught volunteer in the oval office. Accusations against Clinton were excused, minimized, and dismissed by Democrats and Feminists. Discussing the groping accusations in 1998, Gloria Steinem wrote, “Even if the allegations are true, the President is not guilty of sexual harassment. He is accused of having made a gross, dumb, and reckless pass at a supporter during a low point in her life.” What Steinem describes as a “pass,” the accuser described as “unwelcome and unexpected.” Clinton’s alleged behavior follows a pattern in which powerful men exploit their position and authority to behave inappropriately towards their victims.

Yet, the actions that liberals once excused is earning condemnation today – thanks to President Trump. The release of the infamous Hollywood Access tape in which Trump admitted to using his status to sexually assault women shocked Americans. The recording came alongside years of harassment and assault allegations from dozens of women, ranging from his former wife to a 13-year-old girl who later dropped her lawsuit after receiving death threats. Trump ignored calls to drop out of the race and instead offered a lackluster apology, claiming his words were merely “locker room talk.” A few weeks later Trump defeated Hillary Clinton in a poignant rebuke of women.

The day after Trump was inaugurated women launched the largest protest in American history, attracting millions of marchers across the world. High profile feminists, including Gloria Steinem, spoke at a number of demonstrations across the country. Shortly after, organizers launched initiatives encouraging women to run for public office and promising future opportunities for activism. By autumn, the Harvey Weinstein scandal blew a lid on Hollywood’s “open secret.” Weinstein was accused by nearly 100 women of sexual coercion and quid pro quo arrangements, spanning across decades of the mogul’s career. And then something extraordinary happened.

Despite denying the allegations, Weinstein was sacked by the board of his own company and stripped of numerous awards and titles. What at first seemed a rare moment of accountability, eventually spiralled into the downfall numerous famous and powerful men. Over 100 men from Hollywood to Capitol Hill have faced an onslaught of accusations. The star-studded reckoning leaves a nagging question: if ostensibly influential stars and officials battle sexual harassment in silence, what is happening to the everyday women who possess neither the monetary or social capital to fight their abusers?

The #MeToo campaign launched on social media amidst the high profile allegations, revealing the prevalence of harassment and assault. The movement was controversial in some feminist circles, but overall effective at conveying “the magnitude of the problem.” As women shared stories of abuse or harassment on social media, the issue was impossible for users to avoid, and those who had never seriously considered the problem were forced to pay attention. The sheer extent of harassment makes the early legal victories of working class and black women seem wistfully distant.

A damning 2016 report from the EEOC concludes that sexual harassment is chronically under reported and that filings are “often followed by organizational indifference or trivialization of the harassment complaint as well as hostility and reprisals against the victim.” This environment can lead women to feel that even reporting abusers is more trouble than it’s worth. Statistically the most common response is to do nothing. Lin Farley – the very woman who coined the term “sexual harassment” – recently wrote in the New York Times, “if giving the behavior a name has done much to change our rules, it has done far less to encourage the conversations I had envisioned back in 1975 that I believed would help to change our culture…. Worse, it allows those who would argue that the culture and power dynamics have changed to fall back on the new rules as evidence.”

The upshot of the last half a century is that cultural change is of the utmost importance. Preventing harassment and assault before it happens is the desired solution. However, changing a culture that empowers men to harass and assault subordinates is a momentous task that will take time. Until this is achieved, we must rely on reporting systems and legal avenues to hold harassers accountable. The current corporate and legal policies designed to address the issue are glaringly insufficient and sanitize harassment through handbooks and PowerPoints. What is needed above all else is institutional will to confront the issue instead of merely sweeping it under the rug, time and time again. Victims deserve more than to grin and bear it.

“Karoshi,” or how Japan works itself to death