“Out for You” was a stand out in 2015. Now, two years later, Colyer finally releases three more singles.

There isn’t much about Colyer out there because, frankly, he doesn’t have a lot of music on the market. He’s been crafting his album “one single at a time” according to his Soundcloud page. His music, however, has already been dubbed soul-rock, putting him up in the big leagues. Dangerously comparable to the greats like Janis Joplin, the Rolling Stones, and Alabama Shakes who have all had the rock-soul label placed on them. 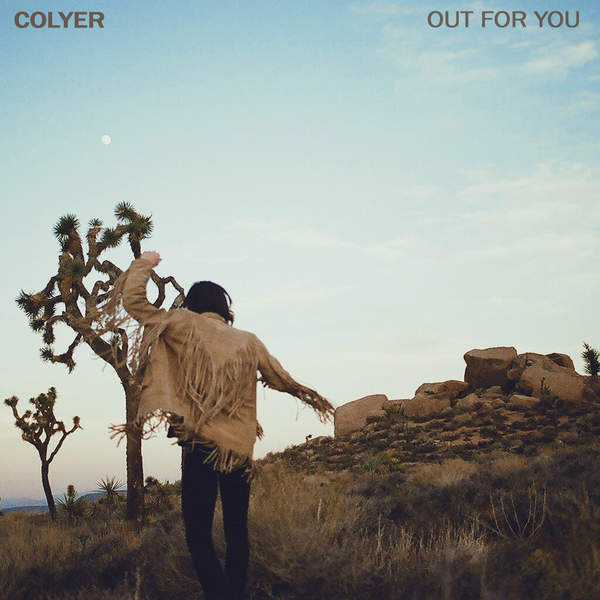 Colyer is good. “Out for You” never got old. The new singles are very rock ‘n’ roll and soulful. But, the soul-rock genre isn’t quite where his music fits. He has a very modern style working parallel to his classic rock sound, which pushes him away from the aforementioned genre. The singles do give off vibes reminiscent of The Who and The Rolling Stones,  but Colyer’s music is more contemporary than other bands – -like Alabama Shakes – – making the same type of music in the modern era.

The singles remind me of Arctic Monkeys’ “AM.”  Arctic Monkeys are usually dripping in too much brooding-angst for me, but “AM” is one of my favorite albums of all time. It brings old and new together. The album takes all the “cool” elements of classic rock, modernizes them, and calms them down. The Rolling Stones, Janis Joplin, The Ramones, The Clash- – they all have very high energy. They had something to prove. They are loud and trying to get your attention. “AM” and Colyer’s new singles went out, had a smoke break and cooled off- – the beauty of post-punk. They are more relaxed, living comfortably in the genre that was paved by those who came before them.

Colyer’s “Lost in Your Love,” fits right into the garage rock category. With the same distant guitar and ambient feel as “I Wanna Be Yours” and “Why’d You Only Call Me When You’re High.”

“Enough” and “The Ringer” all start out with an alt-rock vibe, but take a quick right turn into 1985. Distorted electric guitar, synth, and distant bells make an appearance, accompanied by some Cage The Elephant-esque electronic background sounds.

I can’t say Colyer is post- punk, part of the post-punk revival, garage rock, or all the other things that Arctic Monkeys is, but Colyer is closer to garage rock than soul-rock. Maybe he is, as he dubs himself on Soundcloud, just #Alternative. Colyer is at least on the edge of one of these great music movements, more music and time will only tell which one.

Latest season of “The Voice” nears its end with numerous performances