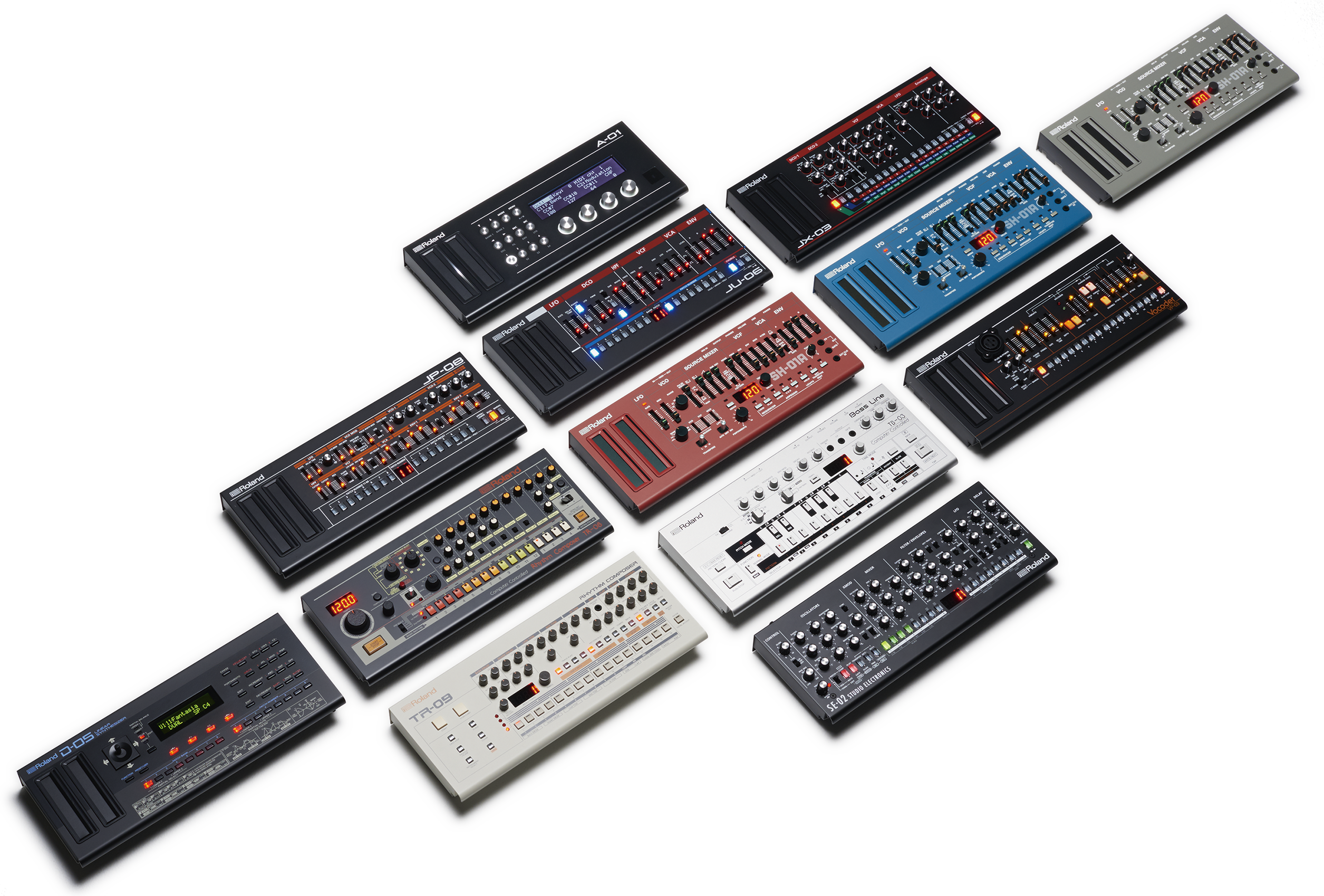 Few pieces of music technology can boast a legacy even close to that of the 808. Originally released in 1980 to mixed reviews and little commercial success due to its sounding too unlike “real drums”, the Roland TR-808 quickly developed a dedicated following of hit-makers.

It took seemingly no time at all for Roland’s distinct sound to define an entire generation of hip-hop, house, and electro producers from Afrika Bambaataa to the (aptly named) 808 State. Even long after having been discontinued in 1983, the 808 continues to be a defining sound source across a large swath of the Western popular music landscape.

And now in 2017, the 808 has returned in compact form with the TR-08, a smaller modernized version of the iconic drum machine that boasts several modern features.

The most notable addition to this updated 808 is likely its drum “sub-steps”: now when moving from one drum tone to a tone immediately adjacent to it, the producer has the option to program in a drum tone occupying one of several smaller intervals in between two adjacent drum tones. This grants the machine new potential for a whole new range of rhythmic nuance, with the synth being capable of more subtle variations than ever before.

The new TR-08 is the centerpiece of Roland’s new “Boutique” line of contemporary hardware, and while it is the most notable item in the series, the entire line holds immense significance in the hearts of music producers everywhere.

The SH-01A Synthesizer is another key player in the Boutique line, which is a compact modernization of the SH-101 synth, possibly the only synthesizer whose historical influence is even remotely comparable to that of the 808.

The 101 was legendary for being almost as powerful as it was welcoming; the synth was ideal for beginners who were new to programming, but lacked no shortage of advanced features for the veteran composer. As a result, it ended up being a mainstay in the electronic workstations of any number of iconic electronic composers from Aphex Twin’s hazy dreamland techno to The Chemical Brothers’ throbbing, big beat, rhythmic onslaughts.

While the orignal 101 was a mainly monophonic machine, allowing for greater ease of use for beginners,the new SH-01A offers an optional polyphonic mode, offering a greater range of capabilities to the advanced producer.

Another exciting addition to Roland’s Boutique lineup includes the TR-09, an update of the Roland’s groundbreaking TR-909 Rhythm Composer from the early 1980s. The 909 was the first ever MIDI-equipped drum machine, and boasted a hybrid approach to drum programming that included aspects of both analog sound and sample-based capabilities.

Much like its processor the 808, the 909 didn’t possess largely “realistic” drum sounds, but it didn’t need to. Roland had revolutionized the concept of the drum machine by treating it as its own unique instrument, and the approach more than paid off in influence.

Despite only 10,000 units being made of the 909, it is still used today by artists as ubiquitous as Kanye West and Gorillaz, just as it was in the 1980s by everyone from Frankie Knuckles to Skinny Puppy.

The most significant modernization present in the TR-09 is USB support (appropriate for the modern era), and like the other Boutique hardware pieces, it is delightfully compact, while still remaining wonderfully true to the iconic design of the original.

Beyond the reissuing of Roland’s many legendary drum machines, the Boutique line also features an update of the TB-303 Bass line, arguably the most iconic bass synthesizer in the history of music production.

This new Bass Line model, the TB-03, has been re-created meticulously to match the unmistakable sound of the original 303 that contributed so much to the early days of house music, and continues to be used today.

The TB-03 also features updated USB support, as well as a more intuitive digital user interface, which should allow less experienced producers to get its sounds onto the dancefloor.

Finally in Roland’s Boutique line, comes the VP-03 Vocoder, a compact reissue of the VP-330 Vocoder Plus. While not boasting the same level of iconicism as Roland’s more well-known drum and bass synthesizers, the 303 remains one of the most popular vocoder machines ever produced. Users range from contemporary electro-funk duo Chromeo to progressive house pioneers Underworld.

The VP-03 takes the same approach to synthesized “robot” voice and strings as the original 303 and streamlines it, making it more approachable, more affordable, more compact, and with added 16 Chord Memory setups and a Voice Step Sequencer, more powerful.

With the quirky Daft Punk-esque “singing robot” nature of any vocoder sounding debatably anachronistic in 2017, if anyone can foster a modern revival of the sound, it’s Roland.

“Paris” Is The Chainsmokers’ Next Big Hit