This week, St. Vincent announced that she’s planning a run of tour dates in the U.S. later this year, along with concerts in Europe and Japan. This will be the artist’s first extended tour in two years.

The Grammy-winning Annie Clark, who goes by her stage name, St. Vincent, announced the “Fear the Future Tour” via YouTube in a tongue-in-cheek video that also revealed a brand new look. She’s seen sporting short straight black hair and a shimmering futuristic-style outfit. 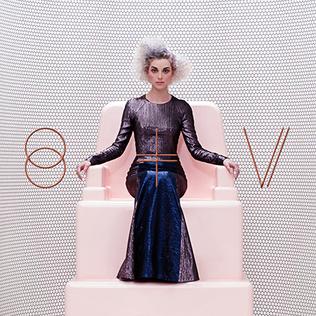 As of yet there’s no news of a new album, which would be her first release since 2014’s self-titled album. However Clark teased a photo from her Instagram a few weeks ago of her sitting at a control desk. She also confirmed in an interview earlier this year that a 2017 release will happen, presumably sharing the “Fear the Future” title.

Clark also mentioned in an interview how she currently has a surplus of material but felt the need to release an album soon, saying “I needed this one, especially with where we are in the world, to be the best thing that I’ve ever done by leaps and bounds. And that takes time.”

The news comes in a year that saw Clark’s debut as a film director. Her contribution “The Birthday Party” from the horror film anthology XX premiered at Sundance earlier in February. She was also named the first female ambassador for Record Store Day 2017 back in April.

Below is a full list of announced tour dates:

The mind encounters the world: A review of “Tracing Back the...

Preview: Crescent Ulmer at The Pioneer