Even though it is a new release, “Trap, Trap, Trap,” by Rick Ross has more in common with gritty, early 20th century blues than some contemporary forms of music. Trap and blues are similar in that they illuminate in unflinching ways lives audiences cannot imagine. 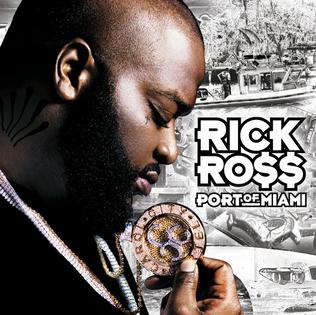 Mississippi-born Rick Ross has been a major player in rap since 2006, when his first album, “Port of Miami” was released. Since then, Ross has busied himself releasing a series of recordings, including two albums in 2014. His new album, “Rather You Than Me,” features the single, “Trap, Trap, Trap.” Historically the style he uses to detail the grittier realities of life has more in common with early 20th century blues than with some contemporary styles and makes the song “Trap, Trap, Trap” historically and sonically noteworthy.

The truth is, any song in any genre can be based on the truth. How then, is trap music different? Historically speaking, it isn’t. In its mixing of elements from rap and dance music, trap becomes a more raw, visceral vehicle for telling particular kinds of truth. Similarly, when early 20th century blues borrowed elements from jazz for the instrumentation, but kept the lyrics honest and dark, a whole new style emerged. Trap music reminds me of that. Instead of 808 machines, Ma Rainey, Bessie Smith and others had booming bass drums, teasing cymbals and strangled trombones and trumpets over which to sing their truths. Smith’s tales of drinking and fighting, and refusing to go anywhere without her razor or gun, and not caring if she went to jail or not, is the 1920s version of trap music, in my opinion.

The ethos of trap

The trap story is an unpleasant one. The protagonist (in this case, the rappers themselves) have only two unsavory options—death or jail. Therefore, in trap, the story comes first. The sound is a not-so-distant second. The Roland 808 is augmented by kicking snare drums, and cymbals that clash so hard they reverberate in triplets at various points. Slipping in among harder percussive instruments is a piano, serving up plaintive chords in minor keys. The sound is like the motifs used in classic horror movies when the tension builds as the villain pursues a potential victim.

On “Trap, Trap, Trap,” Ross raps first. His narrative and delivery is clearer than his featured collaborators. Young Thug and Wale are more adventurous in their delivery. The wordplay is impressive. One of the truths I gathered from listening to this song was that if a key word has more than one meaning, it will be used more than once in a span of a sentence or two, and the context will explain the various definitions. Sometimes the wordplay is humorous, until the listener realizes what is being discussed, and a sobering occurs. Another note about delivery, sometimes a syllable is added to the end of words. It sounds like “yay.” This isn’t new; rap fans will remember this from the late 1990s and the very early years of the 21st century as Dirty South rap became a must-listen for the rest of the country.

The multi-dimensional reality of trap music makes it attractive to rap fans, dance music fans, and music historians. The irony of the hot new trend is that, historically, it isn’t new. Given the socio-political climate in the United States, the truths of some populations are getting darker and darker. Music like “Trap, Trap, Trap” present those realities to a broader audience.

Drake, Nicki Minaj and the first ever NBA Awards