Leading you to pure awesomeness on the back of a brass motorcycle (that’s what the intro sounded like to me) – The Killers’ new single “The Man” is seriously extraordinary! 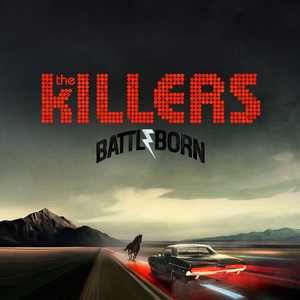 “The Man” is the band’s first song in five years – five years too long! Though they have not disappointed, and the wait was definitely well worth it! Produced by Jacknife Lee, the song is a part of the soon-to-be ultra popular album, “Wonderful Wonderful.” This will be the band’s fifth studio album since 2012’s “Battle Born.” The date which the album will be released has not been set in stone. However, it has been said that it will be soon – so keep your eyes and ears peeled!

All about “The Man”

The beginning had me envisioning the Bee Gee’s walking down the street – instantly a “Stayin’ Alive” vibe with a modern twist! Something I’m totally down with.

The song has this sonic groove that truly sets it apart from anything else that’s playing on the radio today. The vocal patterns and dynamics are seriously impressive, and not overly repeated or distastefully organized.

“…funkier than we’ve ever done before.”

-Brandon Flowers on “The Man”

While on the show, Flowers got a little vulnerable and shared the story that’s told via “The Man.” The song reminisces on a younger, more arrogant Brandon Flowers. He felt that everything in his life pointed towards him being “the man,” hence the lyrics “I’m the man!” This is certainly a story that most artists would try to steer clear from making public. No one likes to admit that they were being cocky!

Overall, every aspect of this song is seriously impressive. It’s fun, catchy, funky, everything a good song should be! You definitely won’t regret the hours you’ll lose replaying this song over and over again!