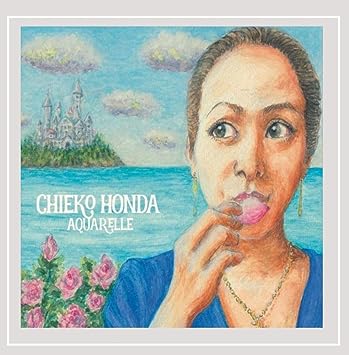 Chieko Honda’s first full-length album has a sound I couldn’t anticipate. A native of Osaka, Japan, Honda has crafted nine original songs, and covered three songs from different decades for this release.

Honda’s vocals are done in a Brazilian samba style and sung in English and Portuguese. Honda’s Portuguese and English are smooth, and the softly lilting songs benefit from the treatment her voice gives the lyrics. The instrumentation that accompanies her is basically samba jazz, making the overall effect soothing and transcendent.

Classical guitar and the sound of a waterfall are taken over by a passionate timpani of drums and a spirited piano. The lyrics tell the story of pastoral customs and what they translate to for current the generation. Moody and wistful, it is interesting and pretty in an intelligent way. Listeners can hear why the song succeeds as a title track.

This is as close as Honda’s voice is going to get to deep and rich. It is warm, but flexible and doesn’t fade out on lower notes. This is an original, and it tells beautifully the story of longing and dreams coming true at least for a moment.

The song opens with a piano waltz recitative that sounds as though it came straight out of a classical songbook. This piano feature runs throughout the song. Drums thunder softly–this coupled to the lyrical arrangement gives a pop feel to the chorus. The soprano saxophone has a delightful solo that seems to express the narrator’s pent up desire. The slightly surrealistic idea of smelling breezes of a certain color adds an intellectual air to a song whose ideas could be too typical otherwise.

With elements of classical music, samba jazz, bossa nova and other styles, this album sounds more like what many consider world music than jazz.  The success of the album denotes the evolution of jazz. Beautiful and transcendent, Honda’s debut is a perfect soundtrack for summer and all its fleeting beauty.