Humor has always had a place in rock n’ roll. For every Elvis Presley there has been a Stan Freberg to parody him. For every Michael Jackson there has been a Weird Al Yankovic. Many Latin American music genres have incorporated humor. Some are humorous almost by definition. But Latin rockers, very much influenced by English-speaking artists from The Monkees to Frank Zappa, have been most explicit about it.

The Peruvian group Los Nosequién Y Los Nosecuántos (which translates roughly as “the I don’t know who’s”) made their name with bitingly satirical, political songs on such serious themes as corruption, economic inequality, and terrorism. Coming out of Venezuela, Los Amigos Invisibles took a different approach. Until very recently, they made a conscious break from politics, and concentrated on making feel-good music about the topic that fascinated them the most: sex. Their playful lyrics and hilarious music videos gave them leeway to celebrate, among many other things, the joys of infidelity, pornography, and anal sex. And then there’s humor for humor’s sake, humor just to make you laugh. The Argentine Macaferri Y Asociados produced some outstanding absurdist lyrics to go along with their irresistible melodies. In different styles and different voices they all say party on, but while you party why don’t you also think a little, and laugh a lot?

Los Nosequién Y Los Nosecuántos was the brainchild of Raúl Romero, who gathered his friends into a rock band in 1988. From the beginning, the group went political, but instead of protest music they wrote satire, sometimes light-hearted, sometimes less so, to give voice to the frustrations of ordinary Peruvians.

Their most memorable hit, “Las Torres”, brilliantly riffed on a children’s song about an elephant balancing on a spider web (it’s a counting song that goes on forever, the Spanish version of “99 Bottles of Beer on the Wall”) to rail about the terrorist attacks perpetrated by the guerrilla group known as Shining Path. It’s not really a dance song, though it certainly got the crowds going for the twenty-five years of the band’s time together. It’s still often the closing number for Romero, now performing as a solo act. 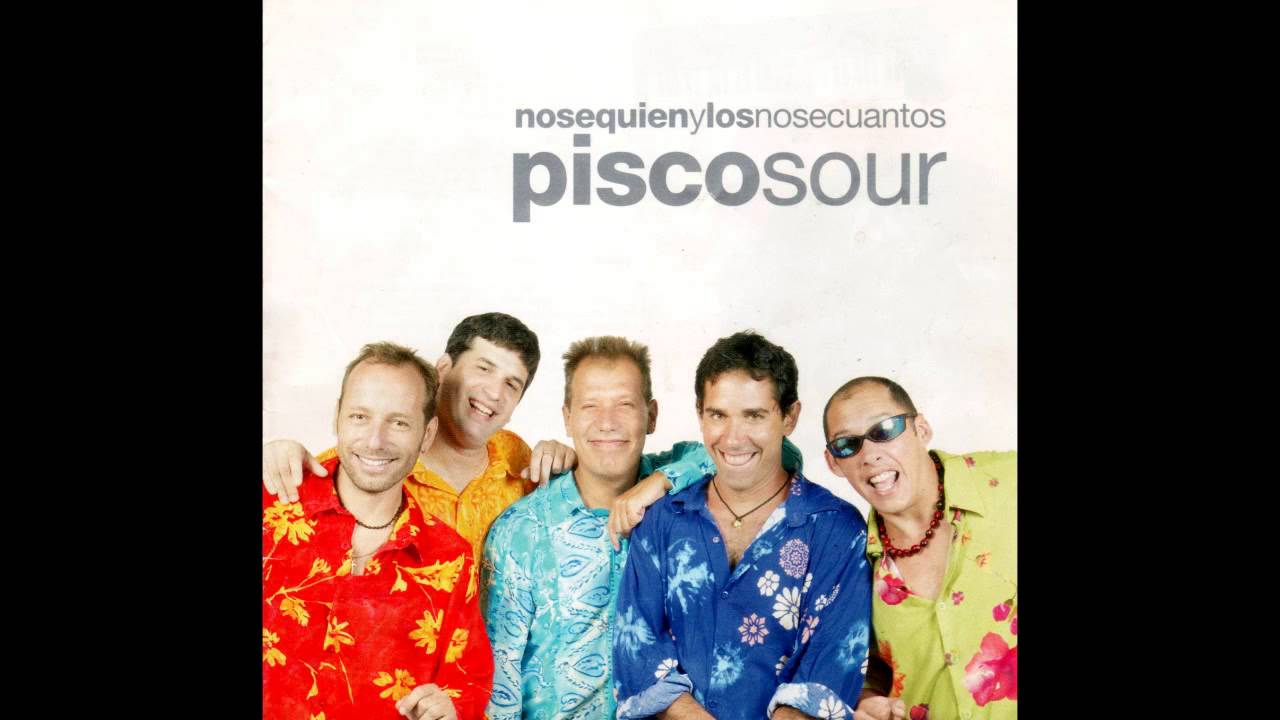 Another great one is “Los Patos y las Patas”, which explores the fault lines of Peruvian society through the story of a sunny summer afternoon enjoyed by two families at the beach. The rich, white-skinned Müllers grill their steaks and take boat cruises around the bay. The poor, dark-skinned Quispes eat “ceviche from a bag and soup from a bottle”. All the while the tone of the song remains light. A deliberately off key chorus quacks like happy ducks as the Quispes youngest boy almost drowns and an American tourist burns his skin to a crisp under the sun.

Their later albums were less political, and also less funny, as the situation in Peru steadily improved and Romero became his country’s most sought-after game show host on television. Still, it was unfortunate when Romero left the group in 2013 and the remaining members disbanded the following year.

A light tone is the specialty of Los Amigos Invisibles, who formed in 1995. They came into fame during a deep economic crisis in their native Venezuela, and were silently, but consistently, opposed to the policies of Hugo Chávez, who became president in 1999 and remained in power until his death in 2013. Still, they made the deliberate choice of stepping away from controversy and concentrating on their feel-good dance tunes, which combine pop and funk with salsa and merengue rhythms adorned by humorous and sexually charged lyrics.

A recent hit was “Mentiras”, in which a cheating boyfriend, caught in the act, fumbles to make up lies to tell his girlfriend. “You must be confused!”, he blubbers. “It’s a guy who looks just like me!” The video takes place at a raunchy pub where couples strip on the dance floor, make out unabashedly, and sneak into the grimy bathroom for who knows what perversity.

And so it’s gone during a career that has spanned over two decades and eleven studio albums: obscene lyrics and titles defused by humor. It was only in 2010 that the group members decided to dip their toes in political waters. After performing with the iconic Argentine band Los Fabulosos Cadillacs, who enjoyed the biggest hit of their careers with the socially conscious “Mal Bicho”, Los Amigos Invisibles decided to become more vocal about their repudiation of Chávez, particularly his attacks on the media and freedom of speech. Their heart, though, has always been on other matters.

No discussion of humor in Latin rock is complete without mentioning the kings of absurdity from Rosario, Argentina: Macaferri Y Asociados. While it’s true that this band was more straightforwardly about the comedy of its creator Pablo Granados and less about selling pop records, their music was as catchy and memorable as any put out by their more “serious” peers. There is sex in Macaferri Y Asociados’ songs, even a smidge of politics here and there, but the songs are not really sexual or political. They’re just funny.

Take “Bombacha Veloz”, a fixture at Argentine parties since its release in 1992. It tells of a girl who, shall we say, likes to get around: “Catalina is her name, and she likes men”. But the lyrics spend little time on her supposed charms and instead zeroes in on her less desirable attributes: she sweats in the sun, she often forgets to bathe, she has bad breath. If, after being with her, “you get pain and dizziness” you should probably “get checked out”.

The allure of an ugly woman is also the theme of “Te Quiero Como Sos”, a parody of romantic confessionals that is nothing but a list of a poor woman’s physical imperfections: her glass eye, her hairy moles, the hump on her back. It owes more than a little bit to a famous sonnet by William Shakespeare: “My mistress’ eyes are nothing like the sun”. Much like Shakespeare, the smitten suitor in “Te Quiero Como Sos” is blind to his beloved’s flaws: “I don’t care about your broken tooth, your walking cane, your dandruff. I love you just as you are!”

But Macaferri’s masterpiece is indubitably “El Oficio de Ser Mamá” (which was actually written by the Argentine rock god Fito Páez). The five-minute ballad tells the story of a love affair between Natalia and Juan Manuel, who fall for each other and lead a hidden affair, which culminates with the birth of a beautiful baby boy. Why is this funny? Because Natalia and Juan Manuel are in preschool! They make love in the sand pit during recess. He brings her milk and cookies as a gesture of love. “We will speak to our parents”, he promises, and if they don’t approve, then the lovers will run away in “my fast tricycle”. This setup, which could easily veer into some truly disgusting territory, works because the song overpowers with its playfulness and sweetness. Nobody is being exploited or mistreated in this impossible, utterly absurd story of love.

Rock n’ roll is more associated with darkness and coolness than with humor, but even The Ramones wrote an entire song about a kid being afraid to go down to the basement. Humor offers a way to sidestep the played out clichés of rock music, a way to think, as you sing and dance, outside the box. It also makes laugh, and laughter makes you feel good, and what could possibly be wrong with that?

With the Marcha Verde movement, citizens of the Dominican Republic organize...