For around half a decade now, Long Island Electrical Systems (the record label more commonly known as “L.I.E.S.” has been spearheading a new sort of electronic music production ethos, one that seems to be focused on the continued blurring of the lines between the cerebral abstraction and the dance-floor readiness. A number of new releases from the label flooded late 2016 with quality music; initially, several of these collections were available exclusively as 12-inch vinyl, but as of January 3, five stellar releases from artists out of 4 different countries are now available for download on the L.I.E.S. bandcamp page. Each represents a different take on the L.I.E.S. aesthetic, and each comes highly recommended. 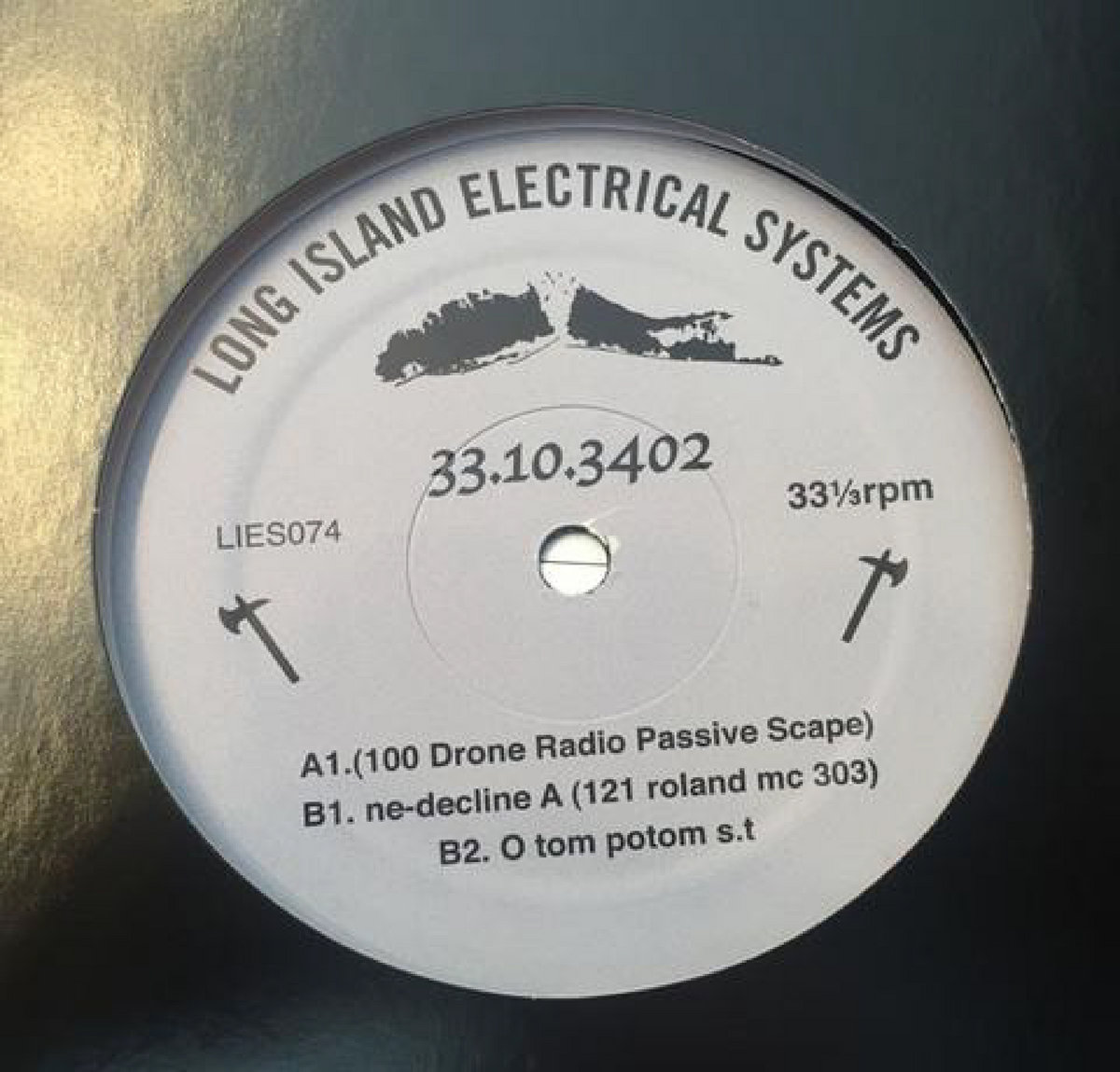 The first of these short releases comes in the form of “Mecanica no.2” from Serbian producer Nenad Marković, who has been releasing music on L.I.E.S. under the conspicuous moniker 33.10.3402 since 2013. Unlike Marković’s previous work, which has generally taken the form of pounding, hypnotic repititions within an industrial techno framework, “Mecanica no.2” (which is technically a reissue of a vinyl-only untitled release from last year) deviates significantly from this precedent. Gone is the rhythmic plodding that characterized “Mecanica no.1” from the very same year, and in its place lies something far more enigmatic. Traces of the relatively conventional industrial techno tones of 33.10.3402’s earlier work still linger throughout this EP’s three tracks, but they have taken a back seat to a wall of sustained mechanical drones, stabs of static and white noise, and some truly sinister sounding dark ambient atmospheres. When focused rhythmic pulsing does make a return, it is no longer of the industrial variety, but rather is reminiscent of the early days of acid house circa 808 State, albeit with a more modern, much darker tint. The second of these L.I.E.S. releases comes from New York based producer Vapauteen, with his EP “This Coercion Pt.2”. As is a common theme among L.I.E.S. artists, Vapauteen displays an obsession with the mechanical; his aggressive brand of metallic production truly emphasizes the “industrial” in industrial techno, with every beat resembling the reverberating clanks of an active factory. In addition to its aggression, the EP is extremely lo-fi in nature, which fits squarely within L.I.E.S. records history of being a purveyor of dance music convention reproached with something of a punk rock mentality, embracing rawness ahead of polish. Next on the list of new additions to L.I.E.S. catalogue is the third EP in the “A Name Out of Place” series by Malaysian producer Tzusing. This one feels like an amalgamation of the previous two; it carries the industrial techno base of Vapauteen’s release but shares the unabashed nihilism of “Mechanica no.2”. Indeed, the hypnotic metallic rhythms that characterize much of the industrial techno genre still build up much of the framework “A Name Out of Place Pt. III”, much like the first two entries in the EP series, but where before Tzusing has remained largely indebted to EDM convention in the form of the classic “rise” and “drop”, here the latter is inverted; rather than ultimately culminating in a harshening of the beat or distortion of the melody, as Tzusing’s pieces develop and build towards a climax, they become progressively more minimal, in some cases with the beat fading almost entirely into the backdrop. What remains is stark and cold, and while this is a far cry from the sensory onslaught that one might anticipate at the apex of these songs, it is every bit as strikingly visceral. 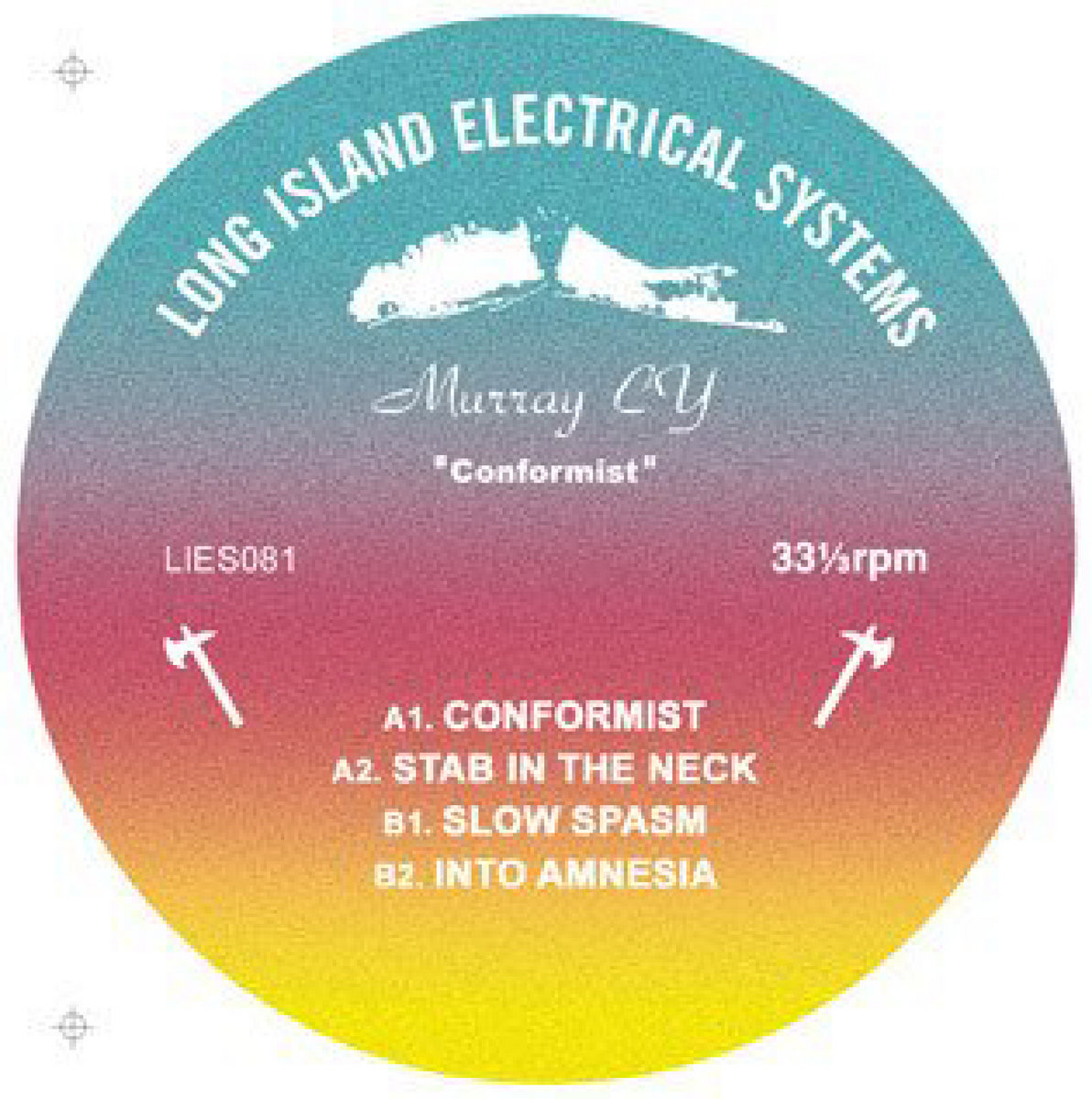 The next L.I.E.S. release is “Conformist”, from UK producer Murray CY. While this EP is rooted in industrial techno (as seems to be the theme with this batch of L.I.E.S. releases), it is very much worth noting the points at which it deviates into house territory; although one might not realize it from the EPs that have been covered so far, L.I.E.S.’ greatest claim to fame might be their heavy association with the genre/scene of “outsider house”, which essentially works to recreate deep house tradition within a lo-fi DIY framework. It is as punk as dance music has ever been. Murray CY’s delving into this territory on what is a predominately industrial techno EP epitomizes the L.I.E.S. mission to bridge the gap between electronic music that is designed for headphone listening and electronic music that is dance-floor oriented until the two are no longer distinguishable; that being said, there are only a handful of points on this particular release that one might identify as explicitly dance-centric, as Murray CY deviates from the rhythmic minimalism often practiced by his label-mates and opts for something far denser. “Conformist” often flirts with intense claustrophobia, with tracks momentarily drifting away into conventional dance structure only to carefully mutate into cyclic sonic collages of iron and steel. 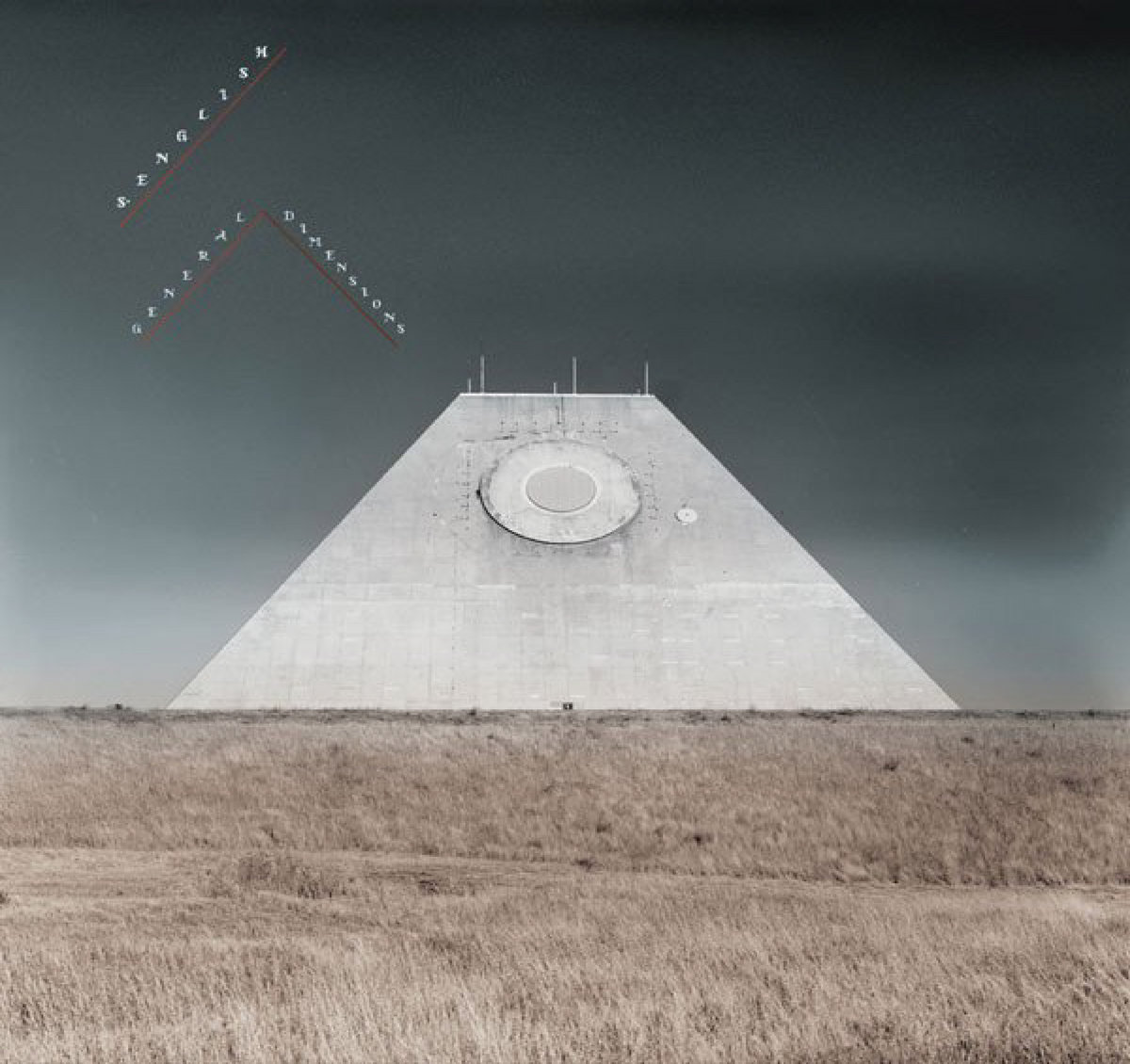 The final release from this L.I.E.S. New Years present is the only full length LP of the bunch, coming in the form of “General Dimensions” by Shane English. Even if it were EP-sized, this one would still likely be the least immediately penetrable of the five, not necessarily because it much denser or more abstract, but because it sounds downright menacing. When English isn’t placing alien-sounded distorted vocal samples behind a wall of hypnotic industrial beats and static, he’s erecting monoliths of sustained drones inflected with stabs of melodic dissonance and synthesizer tones straight out of a John Carpenter movie soundtrack. Scarcely is does a major key make an appearance throughout the whole affair. The album is every bit as frightening as it is enlightening.

These five releases, if not necessarily sonically representative of the whole of what L.I.E.S. artists are known to produce, are nonetheless emblematic of what L.I.E.S. continually strives to achieve as an artistic collective. L.I.E.S. records is a sizable beast in the realm of contemporary boundary-pushing electronic production, not because it seeks to actively find sounds never before heard by human ears, but because the various artists it houses are able to re-contextualize established conventions into new forms never really considered at length, and that deserve to be explored in full. If these five releases are any indicator, they are continuing to fulfill this promise in several directions all at once.

Click here to visit the L.I.E.S. Bandcamp and here for their online store.

A Review of Wilsen’s “I Go Missing In My Sleep”